Ellen Wilkinson’s Junior Governing Body members are chosen each year through the democratic process of election. All pupils in years 1 – 6 have the opportunity to become a member of the Junior Governing Body as as a representative. Those who are interested have to prepare a speech stating why they consider themselves to be the right person for the job! Each child has to deliver the speech to their peers in their class and answer any questions. Once this is finished, the voting process begins.

This early introduction to voting is intended to familiarise pupils with the key skills needed to become active citizens in the wider community. 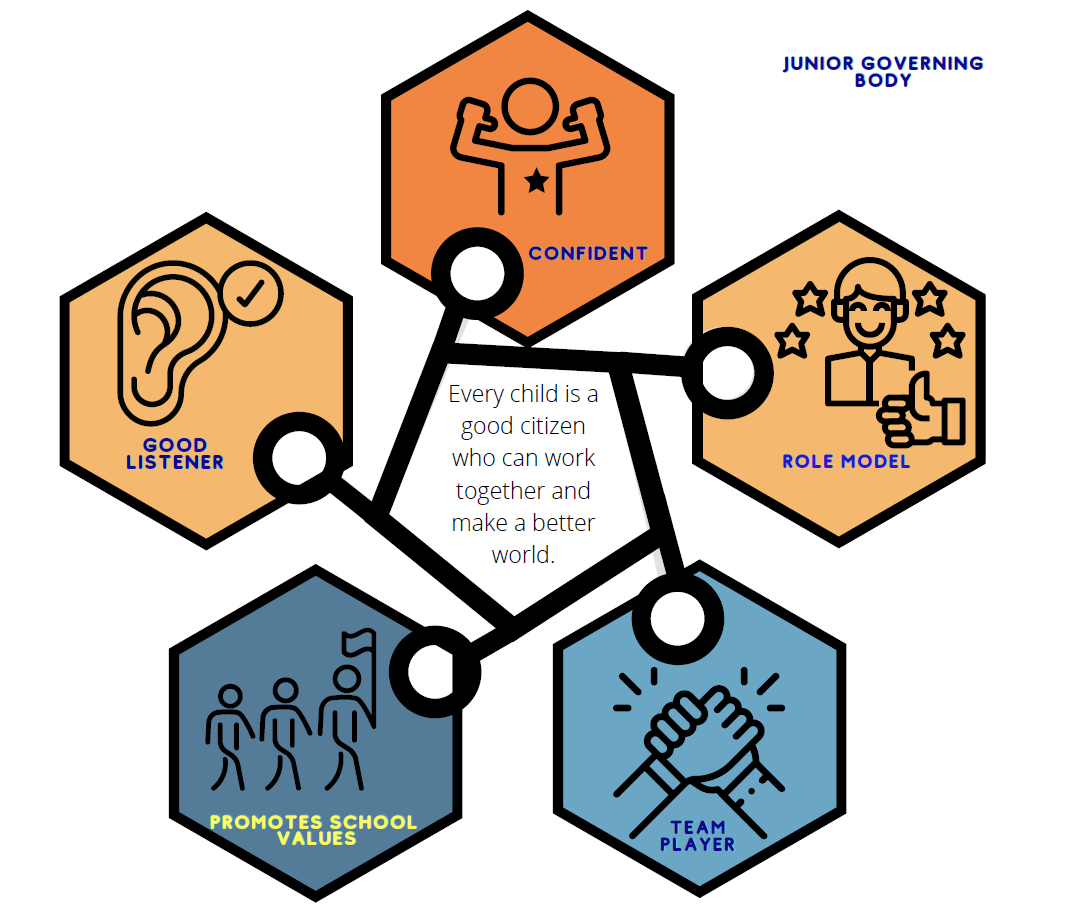 We, the Junior Governors, have been selected through an election process which took place during British Values’ week in September. Children had the chance to learn about the democratic process and then took part in a ballot which resulted in the election of the school’s Junior Governor Body.

Our Junior Governors were involved in many projects during quarter 2:​

Our Junior Governors were involved in many projects during quarter 3:​

Our quarterly updates on projects can be found here.

2020-2021 Projects
Ellen Wilkinson Junior Governing Body has helped to introduce major changes to the school playground. They met with the Head teacher and Governors to discuss their ideas and give their views. They also looked at extensive plans for climbing equipment and surfaces for the floor to help choose the final products. One of their projects  was to find out how well their peers like the new play equipment. The outcome was very positive; however, it was felt that the playground needs a ‘Buddy Bench’. After careful consultation with Mrs Ferguson, the new Buddy Bench was introduced and has proven to be very successful.

Junior Governing Body Meetings are held every week, lasting for up to one hour, during which members sharpen their skills in chairing, minute taking, secretarial skills, listening, putting forward ideas, decision making and communication to name but a few. Pupils have built up confidence in running short Class Council meetings when they report back to their peers on issues discussed at meetings.

At Ellen Wilkinson, our purpose is to support the growth of Junior Governing Body members to become dynamic and resourceful citizens.