Welcome to Ellen Wilkinson’s Phonics page. This page is aimed to empower parents with the knowledge, tools and inspiration to support your child through their Phonics learning journey and make the most of every learning opportunity at home and at school. Learning to read, write and spell fluently is a powerful tool and something we want all children to achieve and something we know is possible.

Use this page to gain a deeper understanding of how your children are taught Phonics, including a Quick Look Jargon Buster, activity ideas, a break down of EWPS Phonics teaching. Check in regularly for our monthly blogs covering different topics asked for by you!

Systematic Synthetic Phonics (SSP) is the method of teaching children to read and spell by developing children’s understanding of the sounds and letters within the English language.

This starts by developing children’s ability to hear different sounds, patterns and rhymes in words, then moving onto their correlating letter or letters.  At Ellen Wilkinson we teach daily Phonics lessons from Nursery up to Year 1, and incorporate Phonics into English and spelling lessons in Year 2 and 3. We all follow a scheme called Letters and Sounds which progresses from Phase 1 to 6, each phase consisting of at least 4 weeks of daily lessons.

What does it all mean?

Phonics comes with a lot of jargon and it is the aim of this blog to enable everyone to be able to use and understand the language of Phonics alongside your children. 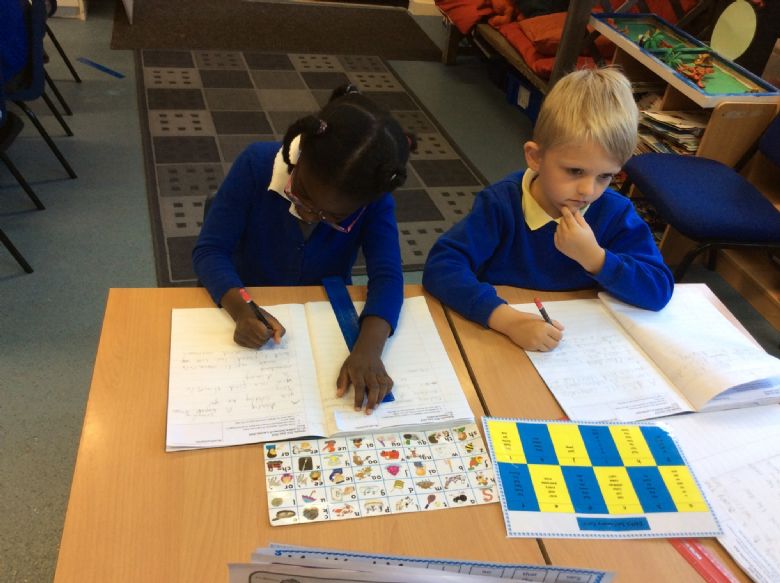 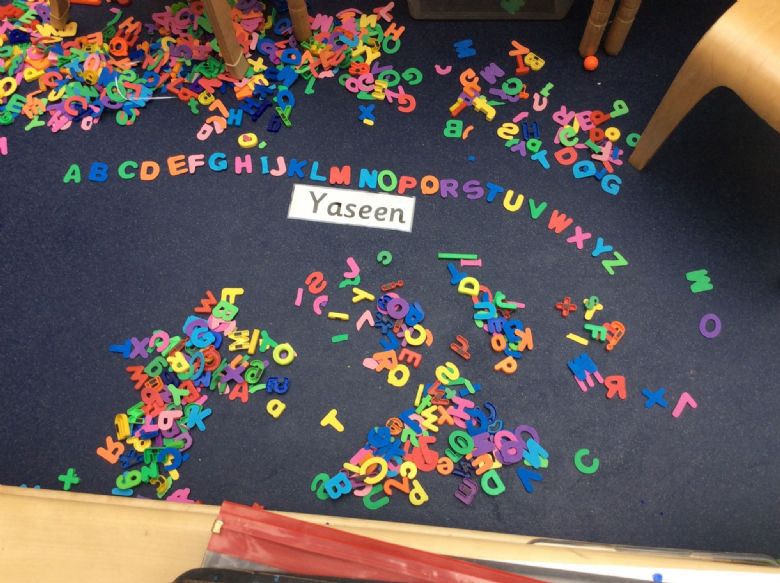 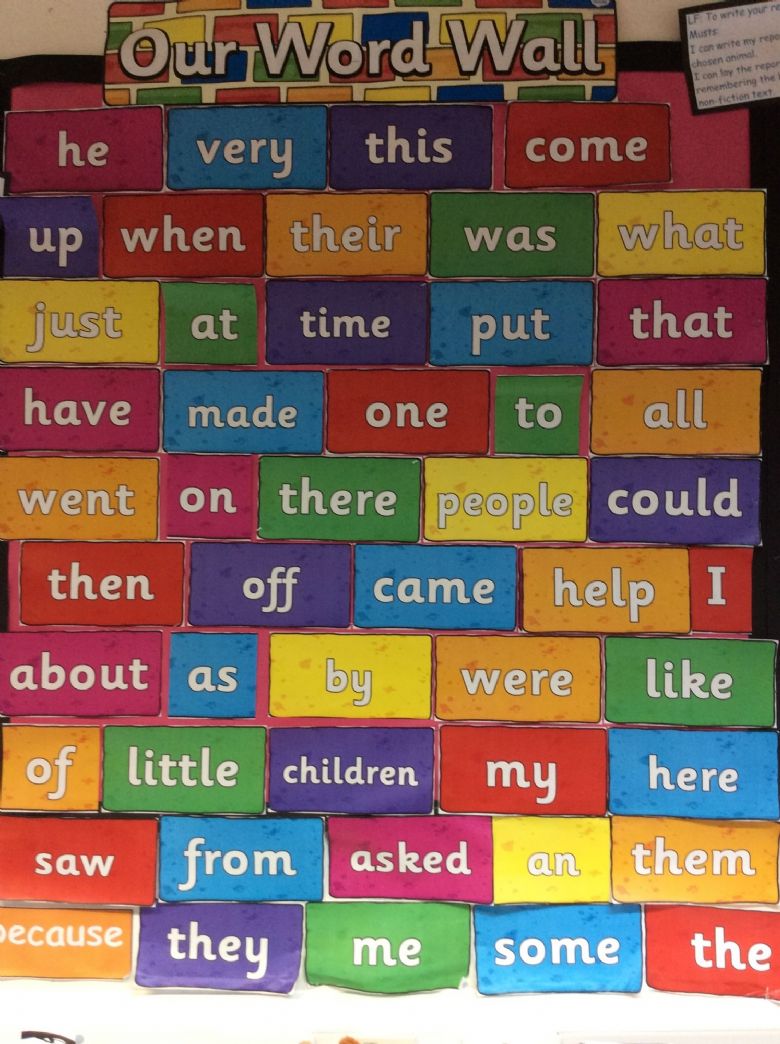 How does Phonics benefit children's learning?

Phonics initially gives children support with their spoken language and ability to hear rhyme and pattern in our language. In the EYFS this supports children to achieve the Communication and language aspects of the curriculum as they gain confidence in their own spoken voice and improve their ability to listen.

Phonics then gives gives children the knowledge and skills to support their early reading.

When faced with an unfamiliar word children can blend the phonemes together building up speed to say the word when reading.  As fluent readers children are able to access more and more information and read for both purpose and pleasure, across all subjects. 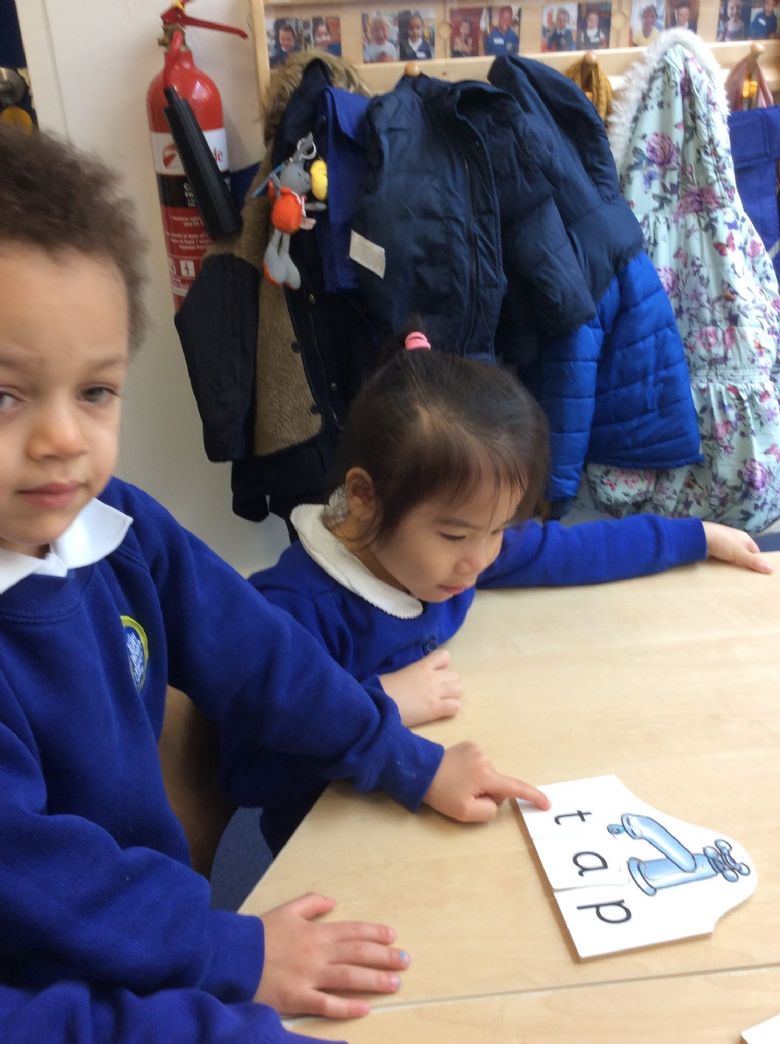 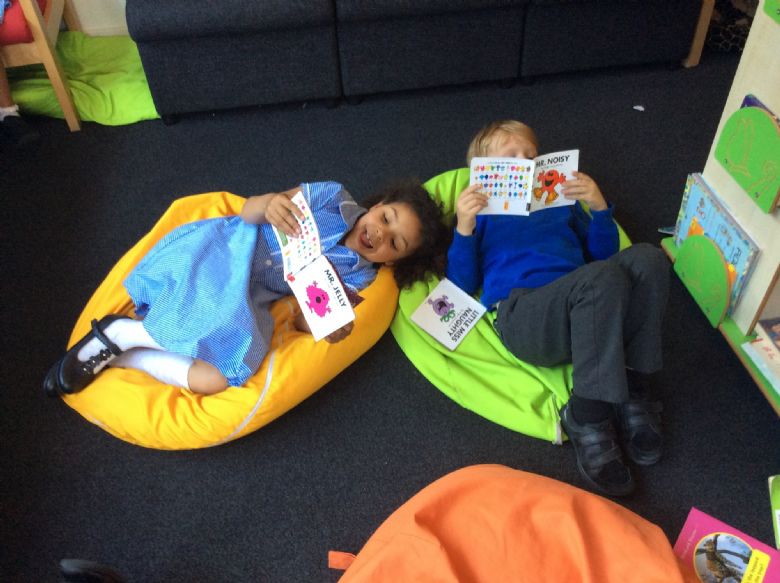 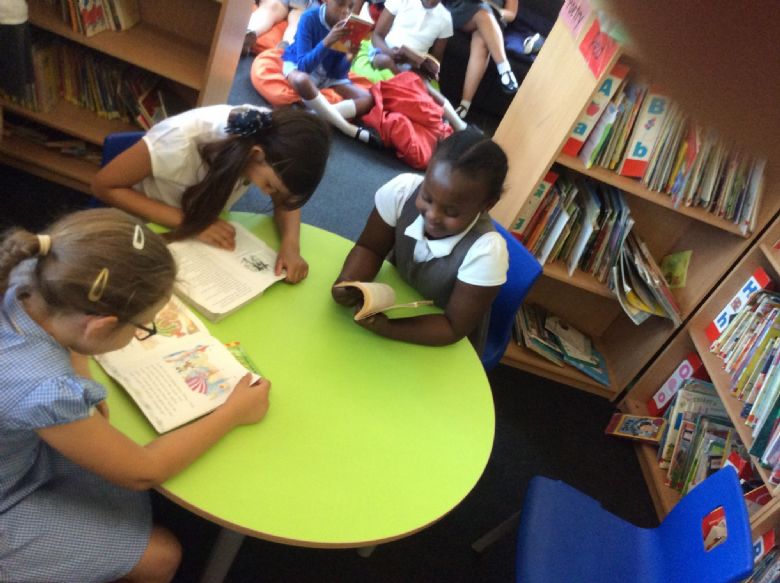 Segmenting the phonemes orally can be used to spell words.

Once the children have sounded the word out and identified the individual phonemes they can then use the correlating graphemes to spell the word. This may not always correlate with the standard spelling, especially with children in the beginning phases or children attempting to sound out an spell multisyllabic words.

For example, if a child is attempting to spell the word orange, they may use their knowledge of sounds to come up with the spelling orinj or something similar. An attempt to spell such as this would be praised by staff at EWPS as it is obvious the child has applied their phonics knowledge and the word is identifiable. Gradually once children gain a deeper understanding and work their way through the phases, spelling patterns, alternative phonemes and spellings will increase their vocabulary and application of Phonics.​ 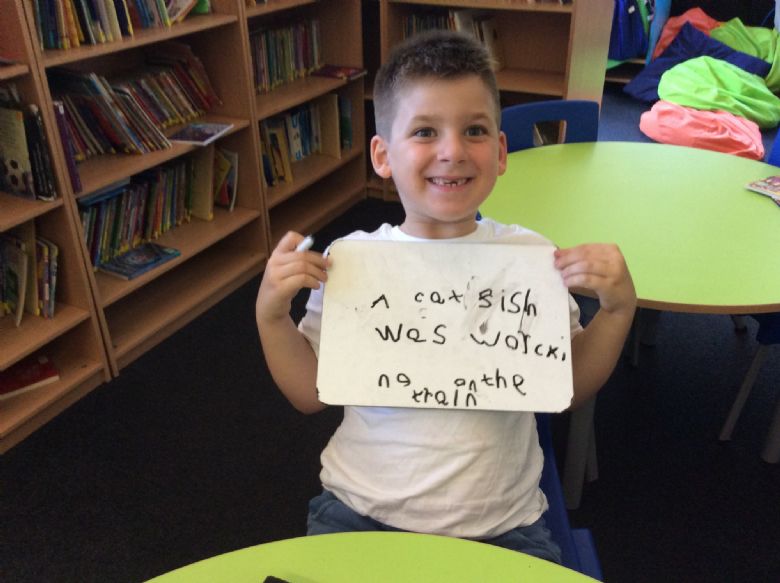 How do we teach Phonics at EWPS?

Initial Phonics lessons will be mostly spoken language as in Phase 1 children become familiar with listening to and speaking the English language and spotting similar sounds in phrases and rhymes. Throughout the day children then get a chance to apply and consolidate their learning during independent activities set up in their indoor and outdoor areas, as well as teacher led activities. 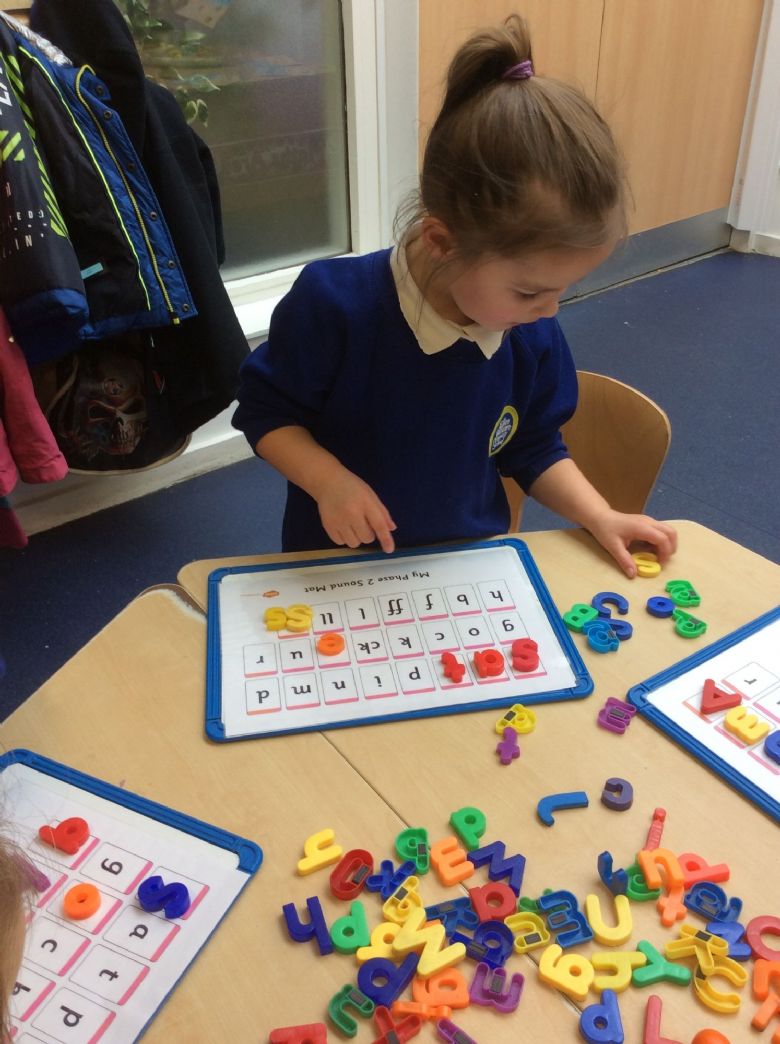 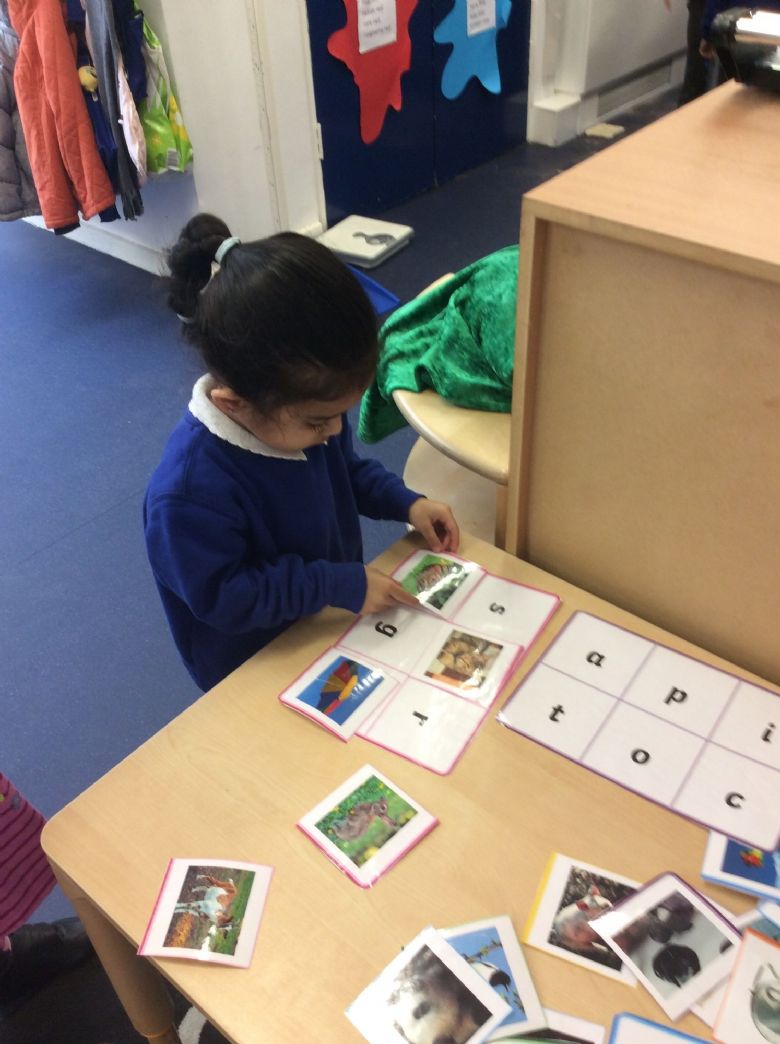 Phase 2 begins to introduce the relationship between letters and sounds with two small sets of sounds, along with a few digraphs. Children will learn how to pronounce these sounds and form the letters. Children will be taught how to spot them at the beginning and end of written and spoken words, then move on to identifying when the sounds are in the middle of a word. Oral rehearsal and ‘sounding out’ are important skills embedded in the early phases to support children with the development of their early reading and writing. 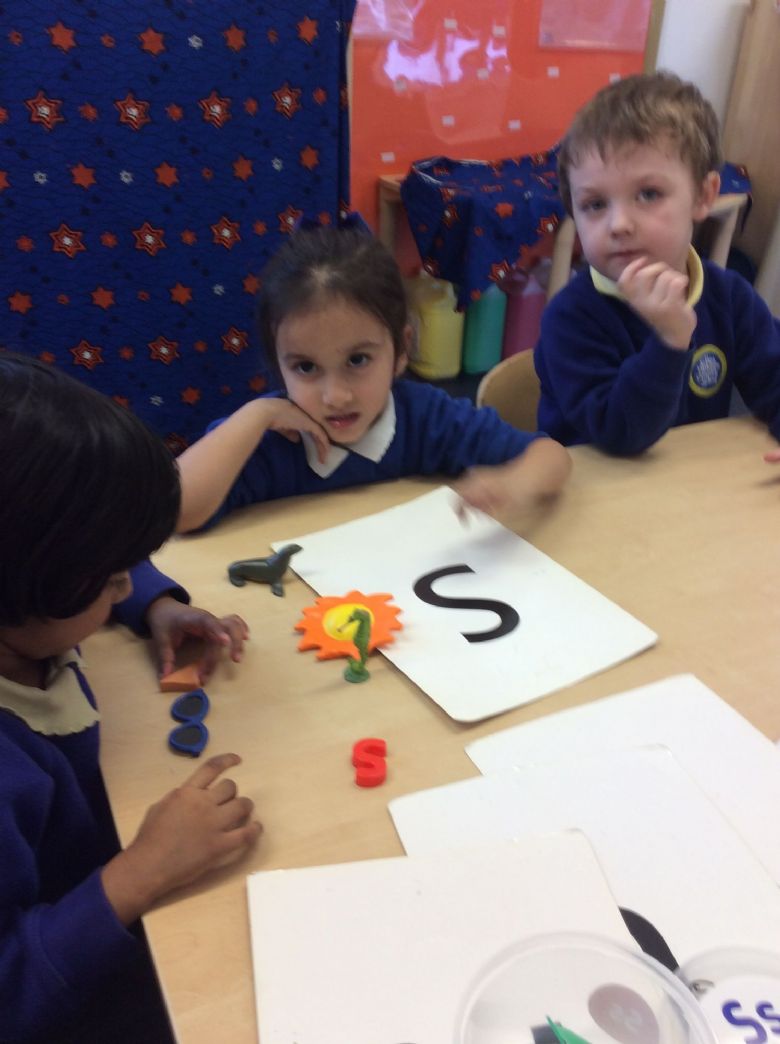 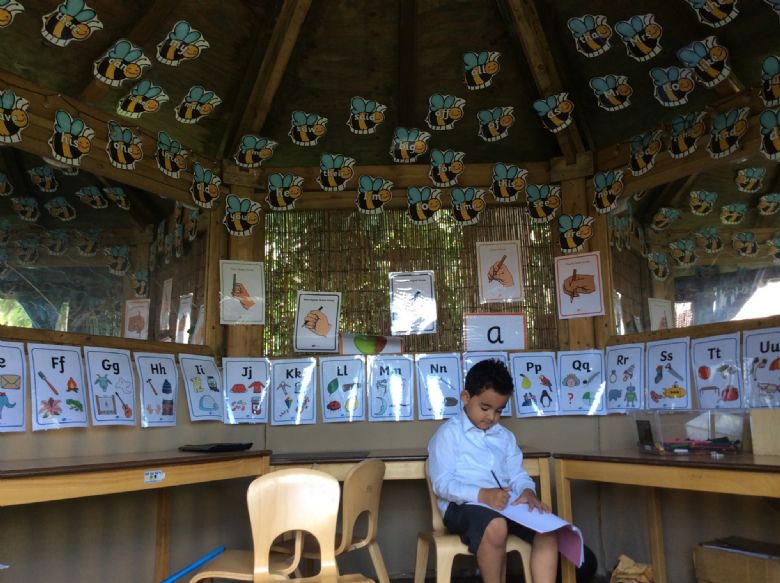 In Phase 3 children are taught the remaining letters of the alphabet and their corresponding sounds. Children will also be taught some digraphs and trigraphs. Children will learn to use these sounds to read and write words, sentences and questions. Activities using sound buttons ensure the children understand how the digraphs and trigraphs work in words, alongside the single letters. 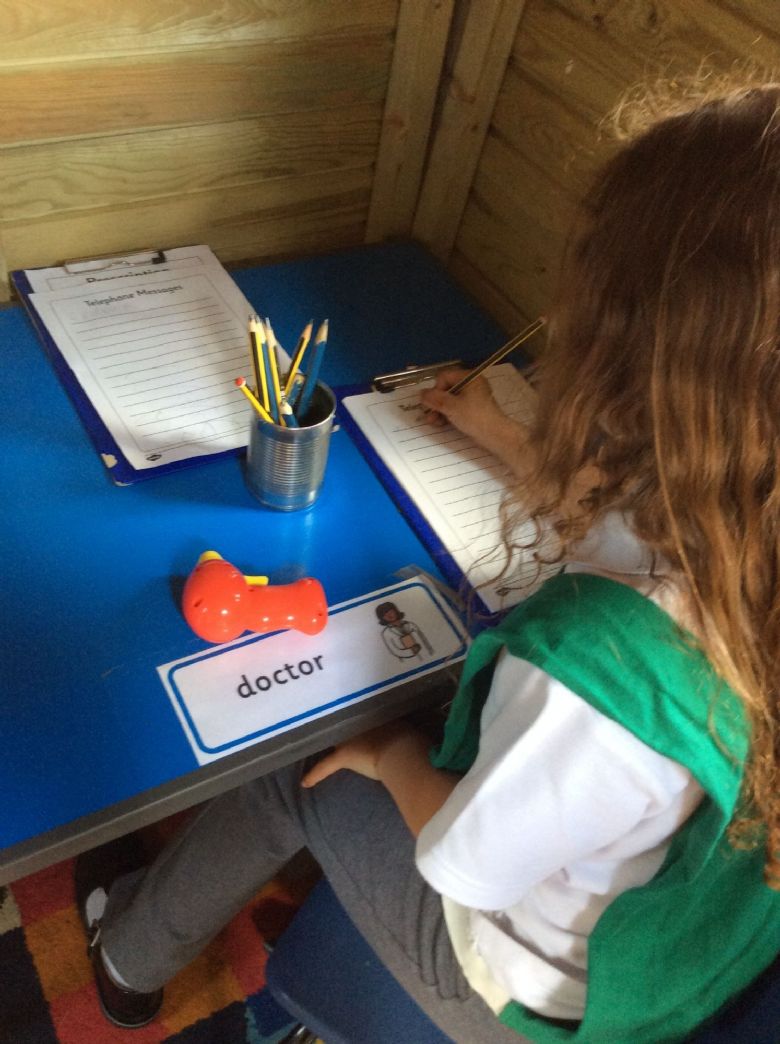 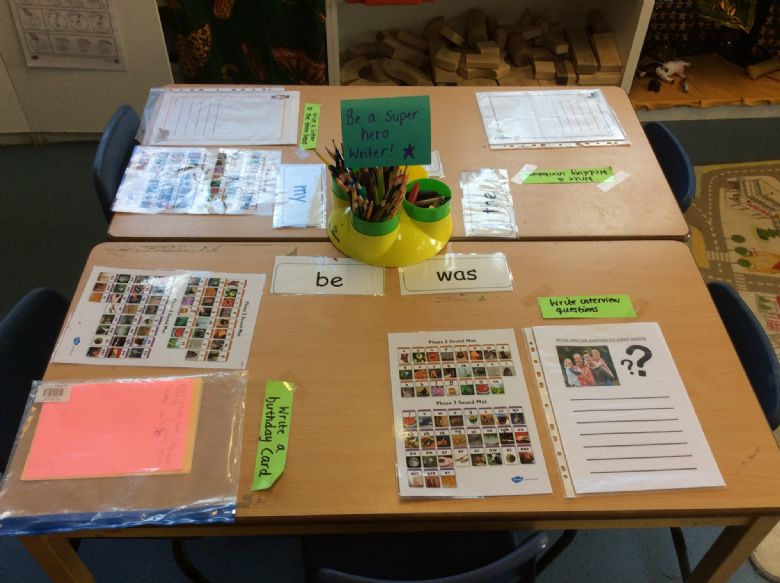 Phase 4 does not teach any new sounds but supports children to recap and secure the knowledge they have acquired throughout the last 3 phases. Learning is focused of blending and segmenting adjacent sounds, especially in CVCC and CCVC and CCVCC words, for example stun, milk and prank. Children will use their knowledge of phonics to begin to read and spell multisyllabic words. The use of sound buttons and segmenting and blending is also important here. 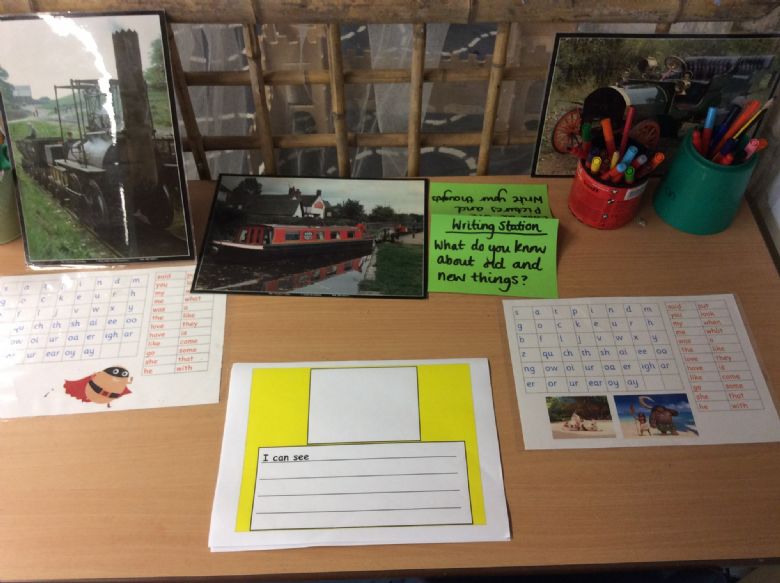 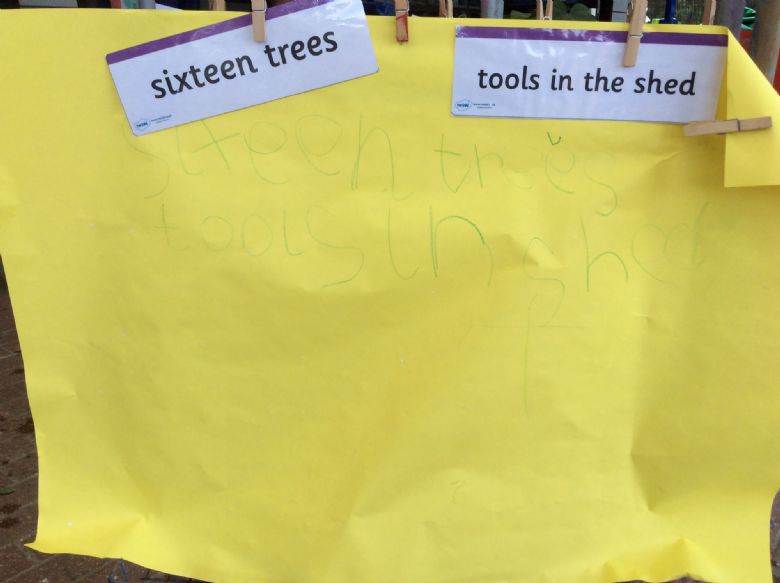 Phase 5 is one of the longest phases and where children should all aim to be at towards the end of Year 1. This phase consolidates all of the previously taught sounds and skills and begins to introduce a more complex way of looking at the English language. Children will now begin to appreciate the complexity of our language as they are taught that the sounds they have previously learnt can be represented with different graphemes. Plus the graphemes they have previously learnt can now make alternative sounds. A focus on spelling patterns and rules allows children to read and spell a wider range of vocabulary. 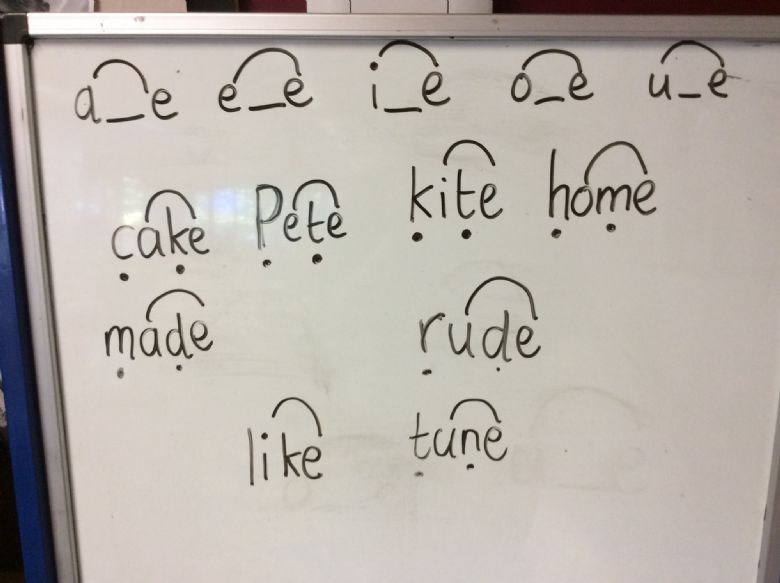 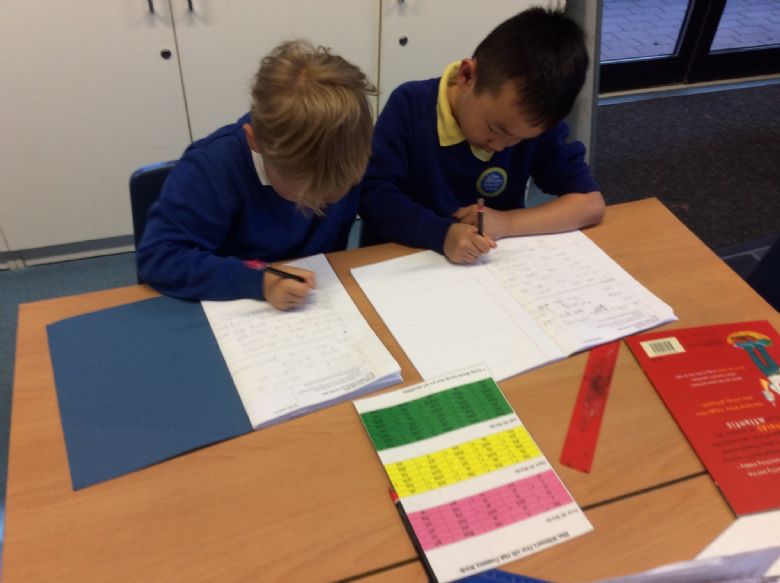 Finally Phase 6 is taught in year 2 and beyond. This has a focus on spelling rules and patterns. Children will explore common prefixes and suffixes as well and words that are exceptions to the rules. The skills of blending and segmenting are still very important in the latter phases, even with the children’s added knowledge and confidence, as they allow children to use a wide and adventurous range of vocabulary in their writing, as well as giving them the ability to access to exciting and new text independently.

The phases are a continuation of each other, so for children to get the most out of each phase they must be ready and equipped with a good amount of prior knowledge and understanding.

How can I support my child at home? 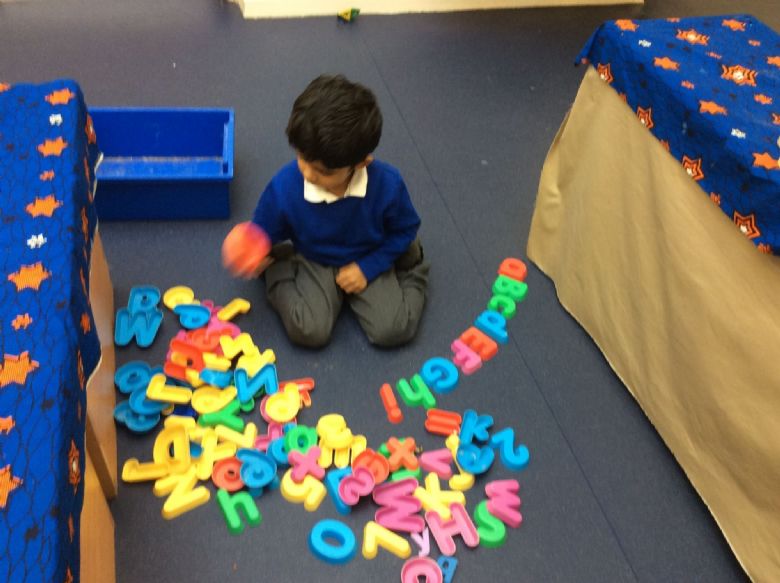 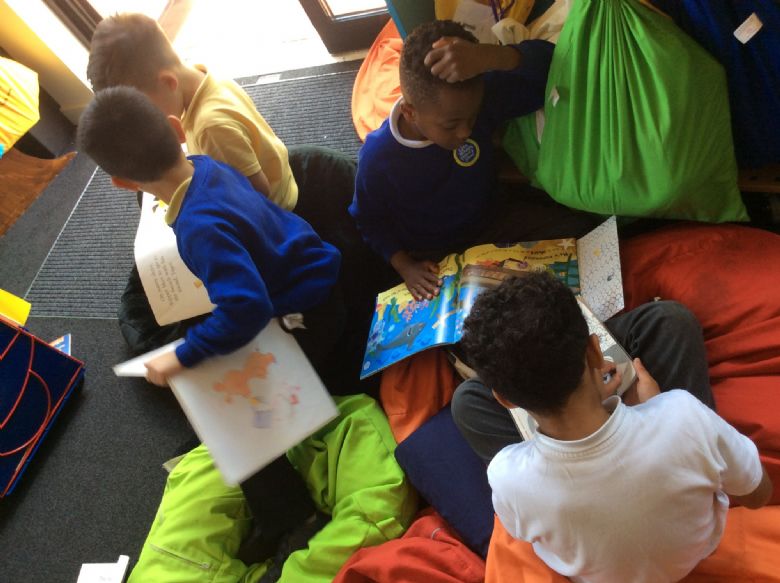 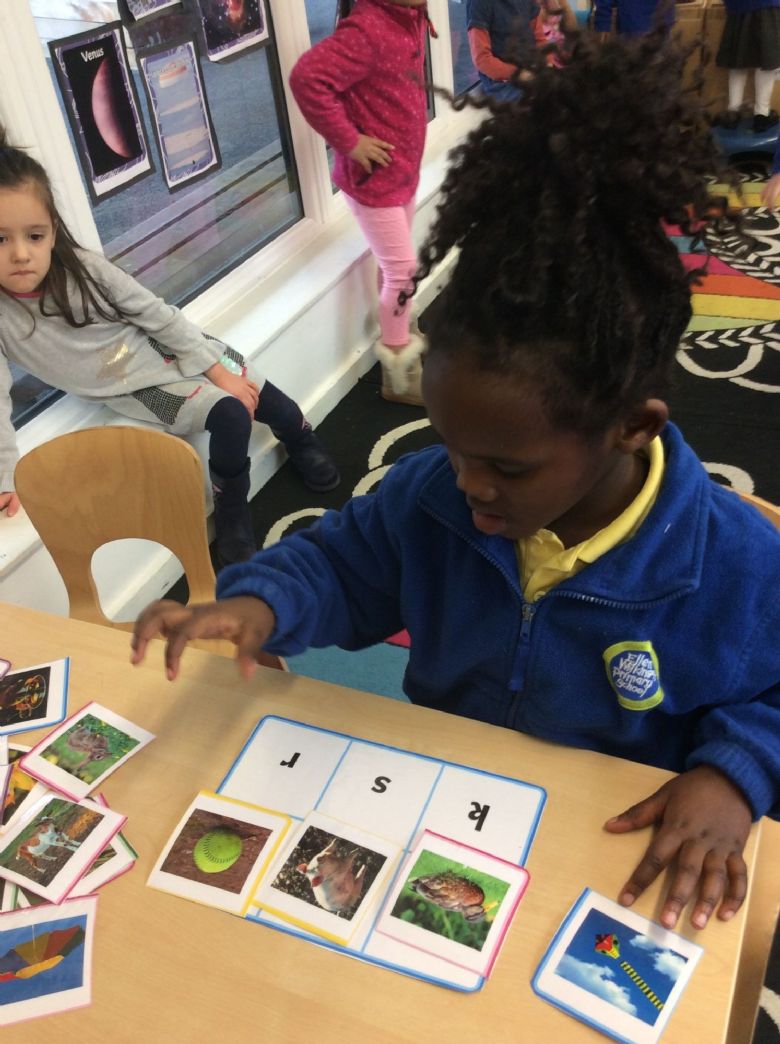 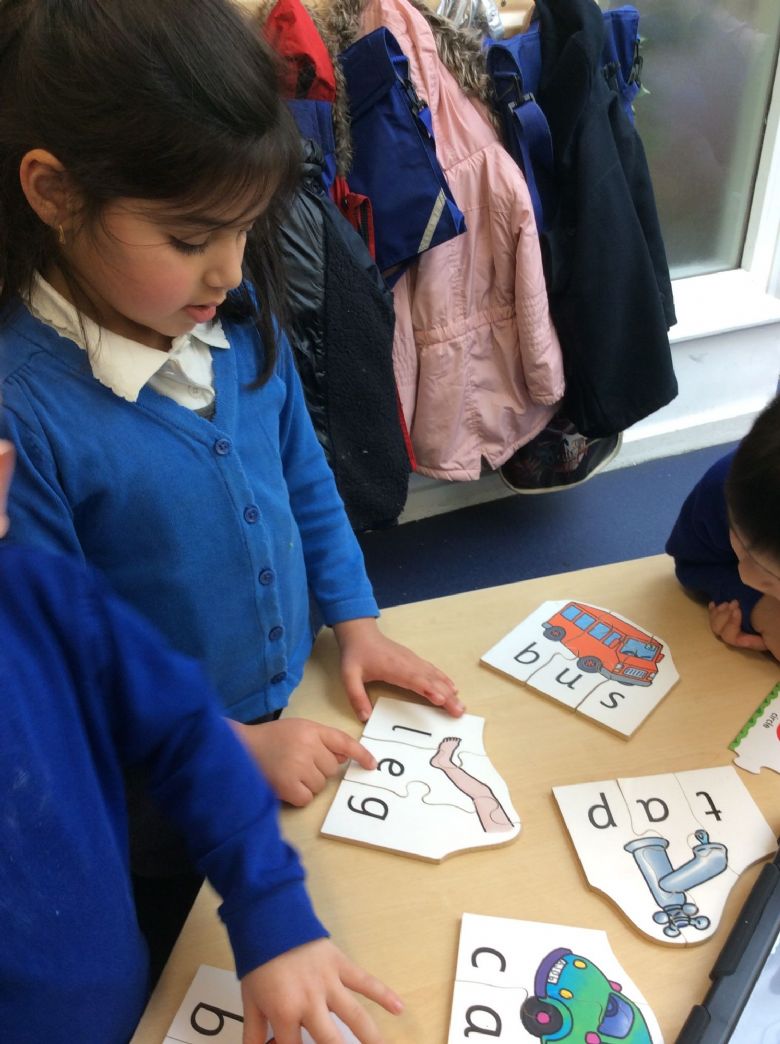 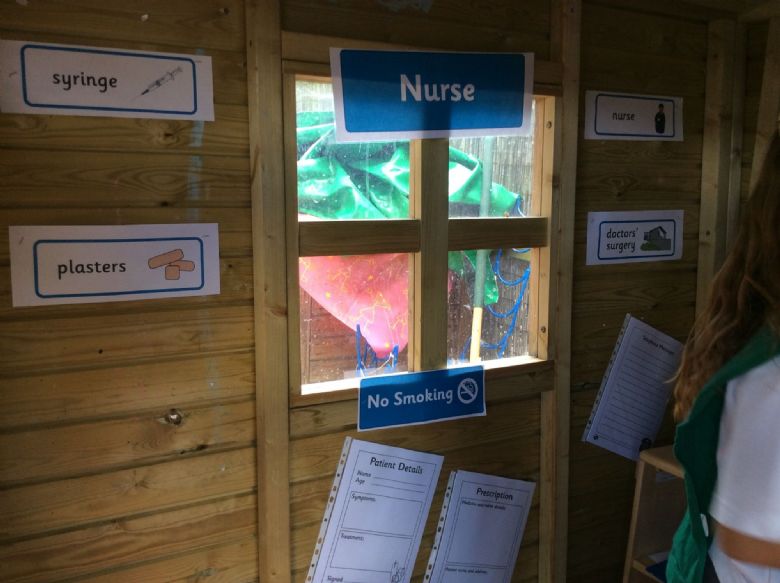 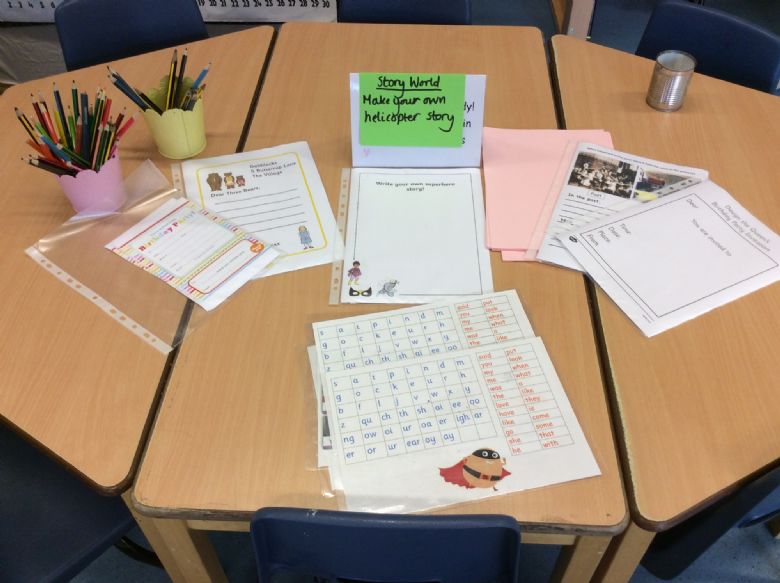 Always remember that encouraging children to have a go is the most important part of learning. Our language is complex and has many rules and contradictions that the children may not be familiar with or are not aware of just yet.

This is a standard test set by the government for all Year 1 children in the United Kingdom which usually takes place after the June half term. The test will be completed one to one with a known teacher and focuses only on reading words with sounds from phase 2 - 5. Children will be asked to read a list of 40 words, a combination of 20 real words and 20 made up or alien words to check their phonetic ability so far. Children are able to complete the screening at their own pace and the test can be redone the following year if children do not pass in Year 1.

In order to prepare children for this practise tests to take place in the run up to the official screening to familiarise children with the process and ensure children feel ready and confident. Daily phonics lessons will include activities to support the children’s ability to blend and decode real and made up words as well as materials from previous years.

Websites such as PhonicsPlay.co.uk and OxfordOwl.co.uk have information, activities and answers that can be used at home to prepare your child for the phonics screening test. The data of this test will be available to parents at the last parents evening of the year, so that parents are kept informed about their child’s progress and attainment. The data will also be recorded on RaiseOnline for the schools use and record, and made available to Ofsted for use in inspections. It will NOT be published in performance tables.

Alien words - Unique words created by using a combination of sounds from all or some phases, sometimes referred to as made up words. For example, spoink, uroosh.

Alliteration - Words that have the same initial sound, not necessarily the same letters. For example, sun, silly, scissors.

Alternative spelling - another grapheme that could represent the phoneme, usually less common. For example the digraph sc can be used to represent the sound /s/ in science and scissors.

Aural - This refers to a person's listening.

Blend - A skill applied when reading to say the phonemes together to produce a word, D O G quickly put together make the word dog.

Consonant - All other letters of the alphabet are consonants.

CVC word - A word spelt with a consonant then a vowel and a consonant. For example cat, Mum, tip, hut.

CVCC word - A word spelt with a consonant, vowel and finally two consonants. For example, hunt, fast and milk.

Grapheme - the letter/s that represent a sound

Made up words - Unique words created by using a combination of sounds from all or some phases, sometimes referred to as alien words. For example, spoink, uroosh.

Multisyllabic words - Words with more than one syllable. For example children, elephant, dinosaur.

Oral - This refers to a person’s speaking and pronunciation.

Phoneme - the 44 sounds in the English language

Prefix - A group of letters placed before a root word. For example, ‘un’ can be added to happy to make unhappy.

Rhyme - Words that have the same or similar sounds at the end, not necessarily the same letters. For example, one, bun, fun, none.

Root word - The most basic part of a word without any prefix or suffix added.

Schwa sound - This is an additional vowel sound, most commonly the ‘uh’ sound.

Segment - A skill applied usually when spelling a word, to split a word up into its individual phonemes, cat is split into C A T.

Sound buttons - Often added underneath a word to identify each grapheme with a dot for single letters and a line underneath digraphs and trigraphs.

Suffixes - A group of letters placed after a root word to change the meaning, For example, the root word paint can be changed to painter, painted, painting.

Tricky words - Words that cannot be decoded through Phonics. For example the, was, because, Mrs, said.

Trigraph - three or more letters that represent one phoneme